The concept of research ethics developed from many events around the time of WWII that greatly upset both researchers and the general public. Above all, it was the Nazis' cruel and often deadly research on humans that received attention. In light of these events, a personal and public need for research-ethical reflection and rules and recommendations for research was born. It can even be said that it is quite natural that research aimed at developing knowledge, treatments and medicines to promote human health and development will carry with it a measure of risk. Research on humans is of essential importance in obtaining scientific knowledge and in helping people who live under severe conditions. At the same time, it is imperative that risks and harm be minimized as much as possible. The researcher assumes a responsibility for the humans he or she performs research on, for both their well-being and the information collected about them.

In connection with the Nuremberg trials after WWII, the first official code for medical research was formulated: The Nuremberg Code of 1947. Among other things, the Code established that informed consent is necessary, that research must have positive consequences for the community and that the risks to research subjects must be minimized. It points out that each subject has the right to terminate participation in an experiment at any time, and that the researcher leading such an experiment is to terminate it if it seems probable that a subject is being harmed. Many documents from the UN have followed in the Nuremberg Code's footsteps and the 2nd Chapter of the Swedish Instrument of Government ('Regeringsformen') states that every "citizen shall in accordance with the law be prohttps://www.lakemedelsverket.se/en/permission-approval-and-control/clinical-trials/medicinal-products-for-human-use/clinical-trial-regulation-eu-536-2014#hmainbody1tected against invasions of his privacy by means of automatic computation of personal data" and that "every citizen is protected against bodily invasive procedures from the state" (editorial unofficial translations).

Similarily, the Charter of Fundamental Rights of the European Union states that everyone has the right to respect for his or her integrity, and that in the fields of medicine and biology, the following must be respected in particular:The free and informed consent of a person, the prohibition of eugenic practices, the prohibition on making the human body and its parts as such a source of ﬁnancial gain, and the prohibition of the reproductive cloning of human beings.

From the Helsinki Declaration to the Swedish Act on ethical vetting

Explicitly directed at biomedical research involving humans is the Declaration of Helsinki, originally created by the World Medical Association in 1964. The Declaration still serves as the fundamental document in regard to this type of research. In its later versions, one of the issues it addresses is the role of poorer countries in research. CIOMS has developed the declaration further in their International Ethical Guidelines for Health-related Research Involving Humans. Today's rules and regulations for medical research are collected on the webpage Clinical Studies Sweden and research on medicinal products for human are regulated by the Swedish Medicinal Products Agency (Läkemedelsverket) that has issued a guideline: Vägledning till Läkemedelsverkets föreskrifter (LVFS 2011:19) om kliniska läkemedelsprövningar på människor (Guideline to the regulation LVFS 2011:19 on clinical trials on humans). Take notice that from 31 January 2022 Clinical Trials Regulation EU No. 536/2014 have come into force, and for three years there are transitional rules stating that a sponsors can choose whether to apply to the medical products agencies through the old or the new system.

The Council of Europe's Convention for the protection of Human Rights and dignity of the human being with regard to the application of biology and medicine has played a major role in recent years. It has had a clear influence on the The Act concerning the Ethical Review of Research Involving Humans (SFS 2003:460). The law is applicable to, among other things, research involving the handling of sensitive personal data, research that involves a physical operation on a subject or is performed according to a method that aims to affect the subject physically or psychologically, as well as studies on biological material that is traceable to individual persons.

The Act does not only apply to medical research. Research is defined as scientific experimental or theoretical work or observational scientific study to gain new knowledge, and developmental work on scientific grounds, but not such work performed at undergraduate level at universities. Research involving handling of certain personal data shall be examined regardless of whether research subjects give their informed consent or not. Research that clearly involves a risk of harming subjects, it can include also interviews or surveys for example, shall likewise be ethically examined. Research ethics principles for human subjects research in the humanities and social sciences have been issued by the Swedish research council and Ulf Görman at Lund university has written a guideline on ethical review in which ethical review in the humanities and theology is discussed. 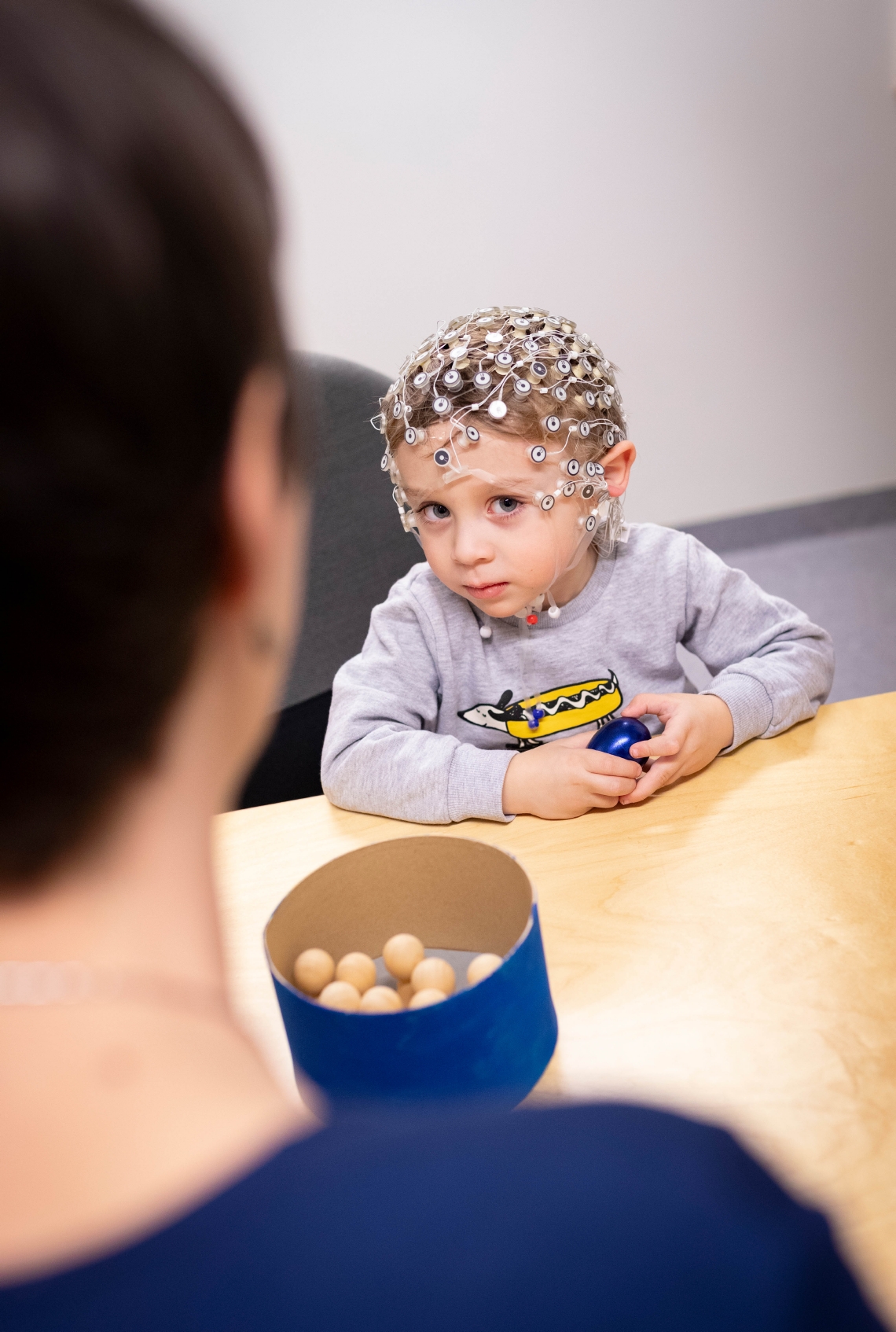 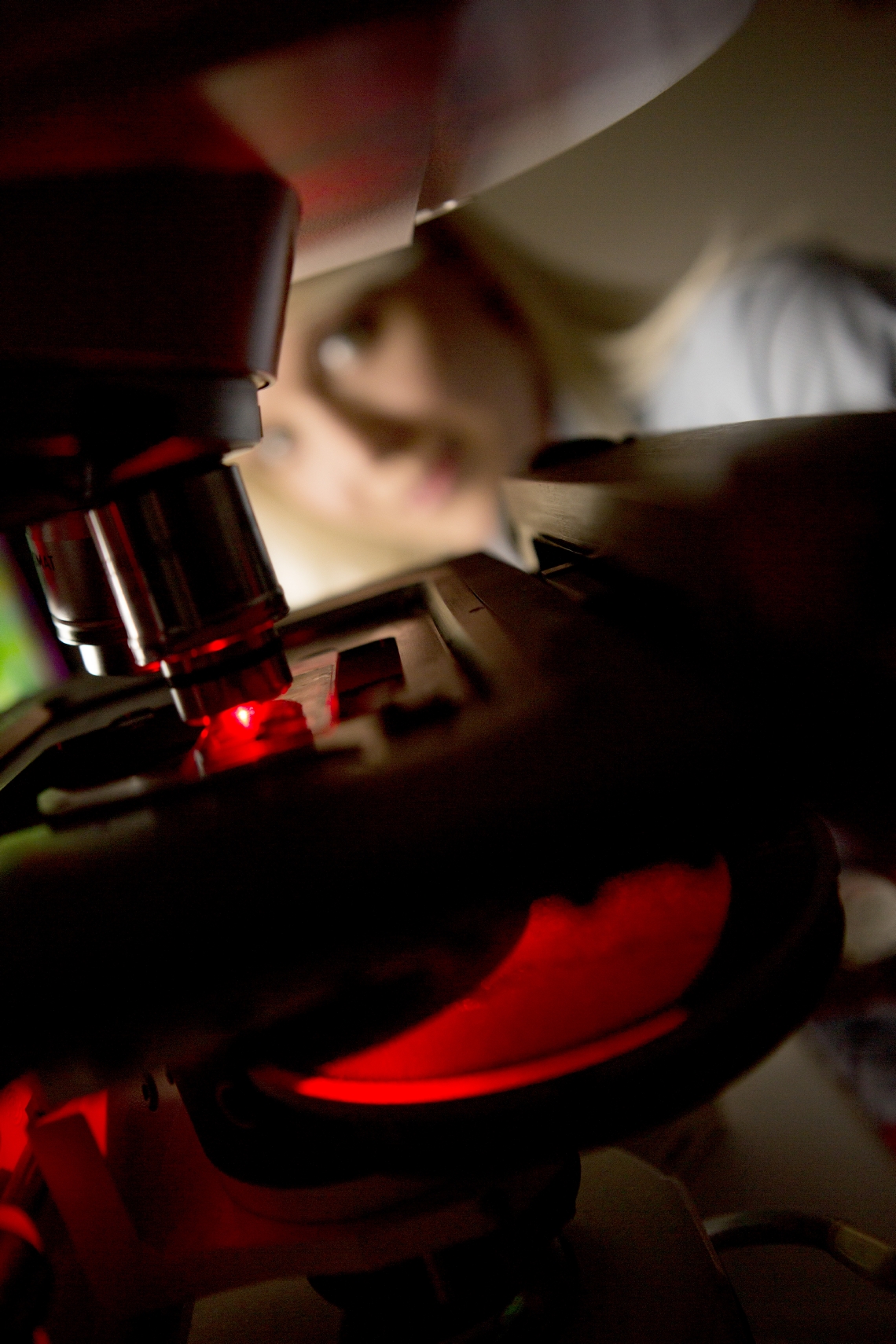 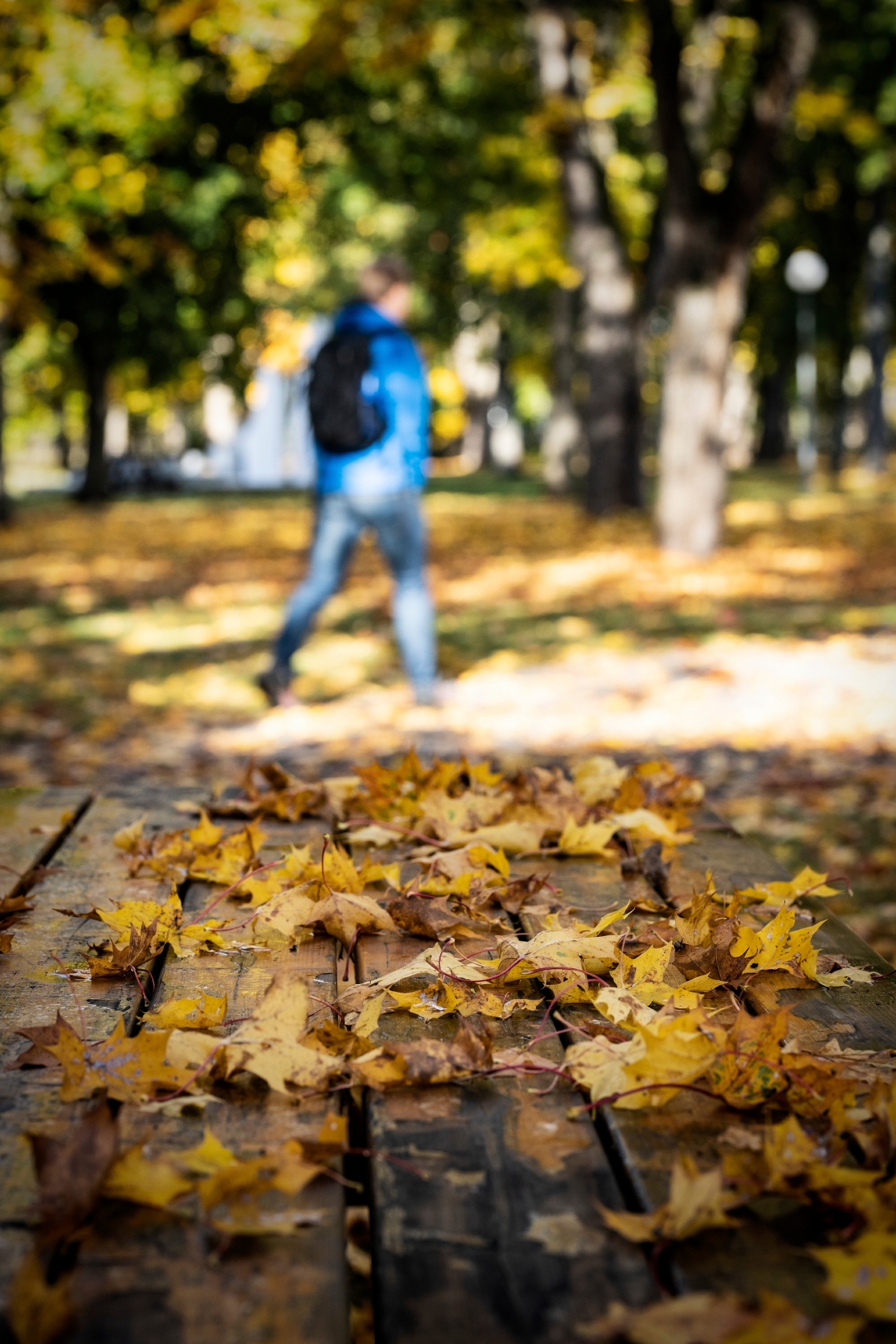 Applications for ethical examination of research are scrutinized by the Swedish Ethical Review Authority from 1 januari 2019. They have offices in 6 places: Göteborg, Linköping, Lund, Umeå, Uppsala and Stockholm, each divided in several committees. Applications are randomly assigned to them. In total there are 18 committees, each consisting of a chairman and fifteen other members. Of these other members, ten must have scientific competence and five must represent public interests. There is also a supervisory Ethics review appeals board. A rejection can be appealed to them.

What the authority does

The authority's first duty is to preliminarily inspect planned research projects. The authority is to, firstly, judge whether the project is scientifically sound and defensible in terms of the knowledge it will generate. This means that it must make a judgment of whether the project's expected benefits outweigh the possible risks that it could entail for the individual subject. Secondly, it is to make certain that subjects are given enough information about what participation entails and give their consent to participate in a satisfactory manner.

In addition to permission from the ethics board, one sometimes need other permits for research involving human subjects. See this summary (page in Medarbetarportalen).

When research involves humans, they are, with few exceptions, to be informed about the research and its effects, as well as be able to freely decide whether they wish to participate. This is a basic condition in e.g. the ethical review act and Good Clinical Practice, and furthermore a requirement of the Health and Medical Service Act (SFS 2017:30) which says that health and medical research involving subjects who are patients particularly be based on respect for the patient's self-determination and integrity and shall, to the extent possible, be designed and conducted in consultation with the patient.

Empirical research has shown that forms providing information to study participants can sometimes be faulty. Some are not specific enough; for example, it often happens that they do not provide enough information on risks and the difference between treatment and research is not presented. Often, they are simply too difficult to understand when it comes to wording and content. They sometimes contain so much information that the reader is not able to absorb the essential parts. Great care should thus be exercised in this phase of the research.

The information one should give

According to the act on ethical review, it is required that the subject be informed about the overall research plan, the aim of the research, the methods to be used, the consequences and risks that the research can entail, who the principal investigator is, the fact that participation is voluntary, and that the subject has the right to cease participation at any time. According to Good research practice, the information is also to comprise potential conflicts-of-interests on behalf of the researcher, a description of how collected data will be handled so that unauthorized persons will not have access to them, what will be done to compensate a subject if his or her participation results in injury or discomfort, and in the case of randomized clinical trials, about the procedure and why it is being used, as well as the implications of possible involvement of a control group, which entails treatment with a placebo. See further the support form from Etikprövningsmyndigheten

Research on those unable to consent

According to the Ethical Review Act, research may be conducted also with those unable to consent, if it is believed that it will offer knowledge that is impossible to obtain through research with consent, and if the research is expected to be of direct benefit to the subject. Even if the latter condition is not met, the research may be conducted if its aim is to contribute to a result that can be of benefit to the subject or another person suffering from a similar disease, and if the research poses only an insignificant risk of injury or discomfort to the subject. Cases such as this are to be ruled on by a research ethics committee. Note that research cannot be initiated if the subject of the research has indicated in any way that he or she does not wish to participate or if a custodian or relative is opposed to the undertaking. A complication in Sweden is that the 22 paragraph of the Act states that there must be a consultation with the closest relatives of the person who is participating in the research. Research on for example emergency patients can thus be hard or impossible to do. The Swedish Medical Products Agency strictly adhere to the principle from 13§ Läkemedelslagen [Medicinal Products Act, SFS 2015:315], that in clinical trials, for those not able to consent, an authorization must be collected from a custodian. In practice, this means that these persons will not be included in such research, as a working system of custodianship is at present missing in this country.

Various methods, some controversial, exist within an area's disciplines. Should it be allowed that humans be unwittingly studied using modern visual media? Good research practice, from the Swedish Research Council, offers guidance in this question. Regarding participatory observation studies, there is a guideline from The European Society for Opinion and Marketing Research, ESOMAR: Passive data collection, observation and recording.

Research using the Internet has ethical challenges. Apart from the fact that the individual's integrity and personal information must be protected, this type of research presents difficulty as regards consent. Guidelines have been offered by The Association of Internet Researchers, as well as the Norwegian National Committee for Research Ethics in the Social Sciences and the Humanities, which publishes A guide to Internet research ethics.

General guidelines are available from the UNESCO, Code of Conduct and Ethical Guidelines for Social Science, and from the research programme RESPECT.

Studying foreign cultures can give rise to research ethics problems. To what extent should one show respect for foreign customs and knowledge ideals? And how should one provide for other cultures' demand that research not threaten a foreign culture's distinctive character and independence? Compared with other interests, these cultures often constitute a weak part of the research process and special measures may be necessary for the securing of informed consent and the minimization of risks on a more intangible cultural plane.

UNESCO has created a convention, which has been ratified by Sweden - the Convention Concerning the Protection of the World Cultural and Natural Heritage. In 2003 came UNESCO's Convention For the Safeguarding of the Intangible Cultural Heritage and in 2005 Convention on the Protection and Promotion of the Diversity of Cultural Expressions followed. The UN has also prepared a Declaration on the rights of indigenous peoplesand Guidelines on Free, Prior and Informed Consent.

The document Indigenous Research Protection Act has been created by Indigenous Peoples Council on Biocolonialism. Other laws, treaties and regulations on the protection of traditional knowledge (TK), traditional cultural expressions (TCEs) and genetic resources (GRs) has been collected by WIPO.